Cinco de Mayo: Thanks a Maximilian. 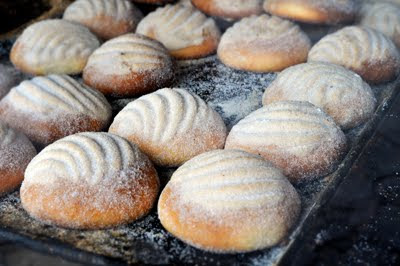 Mexico was only 40 odd years free of Spain's colonial claims when in 1861, President Benito Juárez provoked the French by refusing payment of debt interest. The country had had some rough years, from the bloodshed of the 11 year War of Independence, to the Mexican-American War which saw Mexico cede almost half its territory to the United States. (Losing California, Nevada, Utah, parts of Arizona, Colorado, New Mexico and Wyoming, and the disputed Texas, all of which were part of Mexico until 1848.)

Mexico was in a ruinous state economically and its debts to England, Spain and France were too great a burden for the fledgling republic. Juárez, a Zapotec Indian, national hero and liberal reformist, declared a moratorium on debt payment and saw the three debtor nations respond by seizing Customs House in Veracruz. The French Emperor Napoleon III had had designs on empire expansion for a time, and Mexico presented a keen opportunity. When both Britain and Spain receded from the conflict, the French Army marched on to Puebla in 1862, but on the 5th of May they were defeated by a Mexican militia just over half its size. Though the victory is still widely celebrated today by Mexicans in the States and Puebla, the net result was Emperor's decision to fortify the French troops to an un-assailable 30,000, which easily took Mexico city in 1864 and installed Maximilian I on the throne. 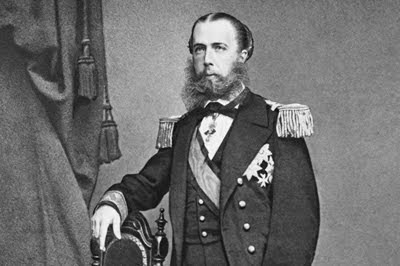 The occupation only lasted four years, still it continued to fortify a strong French influence on culture and of course, cooking. Reduced stock-based sauces, pastries, baguette style bread, bechamel and veloute all became for a time–at least in wealthy circles–quite common. Techniques were adapted: the Bain Marie became the Baño Maria and puff pastry took on peasant food applications. (I discovered this on a Veracruz beach, when I purchased a crunchy mystery from a man yelling rather excitedly, "bolobanez-bolobanez-bolobanez-bolobanez-bolobaneeeez!". He was in fact advertising ham and cheese stuffed volovanes, a less elegant descendant of the vol-au-vent [those of us who lived through canapes in the 80's will just have to accept that they can be elegant]. The incredible array of Mexican baked goods both sweet and savoury are testament to this legacy, an insertion into a culinary repertoire whose closest cousin to an oven was a pit filled with hot stones.) The country restored to Mexican rule, yet Francophilia continued under dictator Porfirio Diaz, who's programs and influence emulated the architecture, fashion and cuisine of the French.

Samuel Ramos wrote extensively on the influence of French culture on the Mexican psyche, arguing that the tendency to rebel and a working towards democracy from oppression offered lateral similarities in culture. To the point of the culture of individuals, Ramos states that both Mexican and French ideals consider "culture" to be the domain of every man, accessible by all. The abstractions of many other nations cultures were not shared in the Mexican or French self-image, who preferred pragmatic and useful philosophy, concerned with practical applications.

Some of these aspects have drawn me to Mexico. And more of them than I had imagined have kept me here. So this 5 de Mayo, I'll give small but real thanks to Maxi and the French connection for the ill-conceived plan. Not for the baked goods, but for the Paseo de la Reforma, the embrace of the moment and, well, the baked goods. 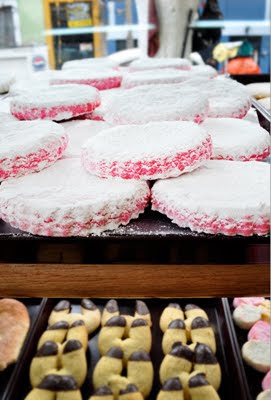 Posted by Travis Harvey at 7:57 PM